The hidden statistics of the Food and Beverage industry

The food and drink industry is a vitally important part of the UK economy. It provides jobs and is growing into markets all over the world. As this sector grows it delivers prosperity for all involved with the industry. Manufacturers and distributors are at the start of the process and often get involved with new ideas and processes. These are the people who should be at the forefront of claiming HMRC R&D Tax Credits but they fall by the wayside. According to recent figures, manufacturers in the food and beverage industry are missing out on millions by failing to take advantage of HMRC R&D Tax Credits in large numbers.

HMRC R&D Tax Credits and the food and drink industry

The research shows that a tiny proportion of food and drink manufacturers are actually making the most of this potentially lucrative government incentive. And this isn’t a recent thing. Food and drink firms have been missing out on HMRC R&D tax credits for many years.

HMRC R&D Tax Credits are a way of rewarding those businesses that take a commercial risk in order to further their business. It is of course linked to research and development, but this is a wide-ranging thing and includes things such as –

And this in only just the start. There is far more to the UK food and drink industry than meets the eye. Here are some of the hidden statistics of the food and beverage industry that go beyond this already startling statistic regarding HMRC R&D Tax Credits

With the support of the UK government, there has been positive pressure on manufacturers to reduce the amount of sugar in their products. The sugar tax on drinks has seen many headlines but there has been work from other manufacturers and retailers to keep sugar levels down and protect the health of the nation.

Fact: Soft drink companies have reduced the sugars and calories in their drinks by 18% since 2012. 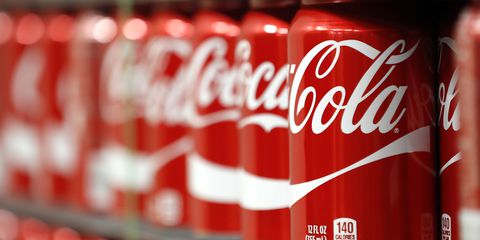 This is a massive industry

For such a large industry, not enough is known about the food and drink manufacturers of the UK and the contribution they make to the economy.  This is why it is such a shocking revelation that there is a low take-up for HMRC R&D Tax Credits in this sector. The industry will need finance to grow and it is clear that HMRC R&D Tax Credits are a fantastic way to fuel this growth and keep individual businesses on the front foot. With Brexit on the near horizon, this becomes even more crucial. 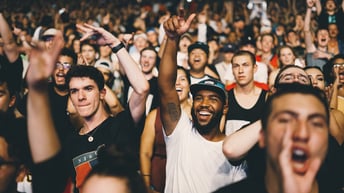 Fact: The food supply chain in the UK employs almost 4 million people and generates over £112 billion of value to the economy annually.

And is continuing to grow

As the population grows and the demand for food rises, there is a growing need for manufacturers in the food and drink industry to recruit more new people. In fact, it is estimated that this sector will need to add to the existing 400,000 people working in the sector already to sustain the growth needed to feed around 70 million people in the UK.

And HMRC R&D tax credits can have a role to play in all of this. They reward a business for carrying out research and development and the cash generated is a solid way to find new recruits to a business. The average size of a claim we make in behalf of our clients is over £35k – this can go quite far in the jobs market, especially when you consider that you can apply for HMRC R&D tax credits every year.

There is no two ways about this. The UK food and drink sector is essential to the economy and will continue to be so as Brexit takes shape. We need to look after this part of the economy in the present and the future.

Fact: The food and drink industry is larger than the UK automotive and aerospace manufacturing industries combined.

All of the facts have been supplied by the Food & Drink Federation website, which represents what is the UK’s largest manufacturing sector.